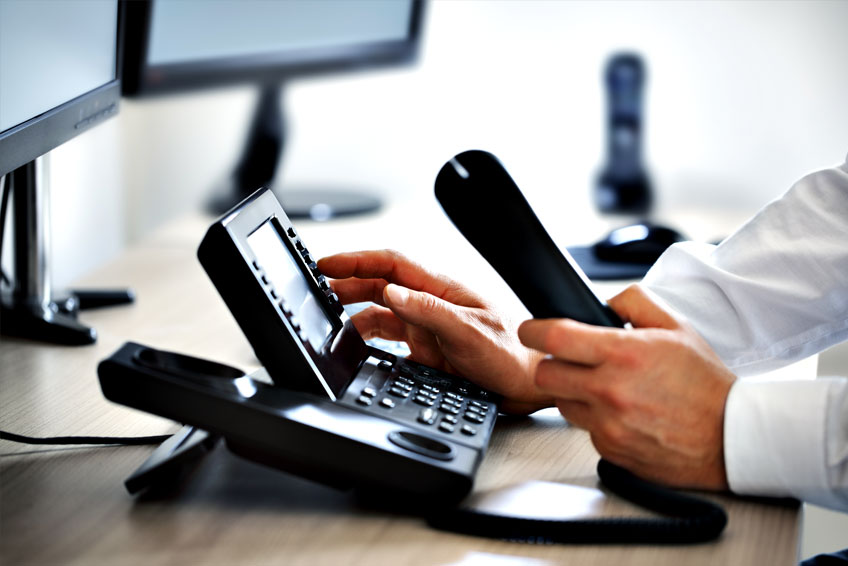 The Advantages of Using VoIP for Your Business

VoIP (Voice over Internet Protocol) is also known as Internet telephony because it converts voice vibrations into digital signals that are then translated to Internet Protocol (IP) packets. These packets are converted to a regular phone signal, working as per a normal phone conversation, except via the internet using network cables instead of a traditional phone line.

Due to using the internet, VoIP calls can work our as much cheaper than telephone calls, especially internally between companies with multiple offices across the globe where traditional call costs would be high. In fact, a telephone line is not needed at all, so the cost of this is eliminated, whilst most workplaces use internet on a regular basis anyway. This means that adding another handset is simpler and this gives a more scalable solution than traditional telephony.

VoIP phones are also beneficial in that they are multifunctional and allow users to make calls into video conferences, which is great for businesses that are spread over a large geographic area. In addition to making normal phone calls, VoIP acts as a meeting service within which employees can conference together across different locations easily. VoIP systems also allow you to have a specific VoIP number, which you can use in any location and receive calls to the same number since calls are routed via the internet.

Easy To Install, Use, and Troubleshoot

VoIP installation is much simpler than for standard telephony services, which is one reason why some companies have started preferring it to traditional phones. With VoIP, businesses do not require a separate cable for each telephone system, streamlining the whole calls process. The infrastructure that VoIP uses makes it possible to add new handsets with ease, so overall VoIP provides a more scalable solution than standard telephony services.

Find out more about the benefits that VoIP could bring to your business by giving us a call today on 0800 043 4448.