There was a time when technology was an industry unto itself, utilised by other sectors but ultimately a separate entity. The times, however, are a changing – and they’re changing rapidly and in potentially exciting ways for those willing to embrace the new way of things. The advancement of technology has led to its adoption in almost all areas of life, not only becoming integral to the support of businesses, but the driving force behind new opportunities.

Over the past decade we can point to some high profile examples of how technology has driven new business innovation to extraordinary levels of success. For instance, by moving their business model away from DVD rentals towards streaming movies through high-speed broadband connection, Netflix has become the world’s largest online TV and Film network, while former giant Blockbuster went to the wall, sticking with their traditional rental model until it was too late.

It’s by no means an isolated occurrence; companies are utilising technology to venture into new markets that would have been unthinkable a generation ago. The driverless car, until recently the stuff of fanciful sci-fi, is becoming a reality not through the innovation of any giants of the automobile industry, but from Google. Staying on the road and it’s the electronic giants Samsung who are forging new safety ideas for HGV driving onto the market with trials of their video wall which allows cars behind a large truck to see what’s on the road ahead.

Breaking the Barriers for Small Business and Entrepreneurs

But of course, while these are huge organisations making headlines through grand investments, technology is offering opportunities for new business success to those on somewhat smaller budgets, removing some of the restrictions that hindered the chances of smaller players in the past.

The fundamental reason, according to Joanne Hannaford, global co-head of Enterprise Platforms at Goldman Sachs, is down to businesses being able to leverage new business ventures thanks to:

Virtual networks and storage, and the evolution of the cloud have broken down many of the cost prohibitive barriers for those on limited budgets. An organisation or even individual who was previously restricted by limitations on resources – capacity of data storage, the costs of hardware and utilities, for instance – have been somewhat liberated by the cloud.

With these barriers effectively removed, smaller businesses and entrepreneurs have greater means with which to enter markets, with costs reduced to the investment in a decent laptop and access to a cloud service.

The Internet of Things (IoT)

Long predicted as the next big step for digital technology, the reality is the IoT is already upon us; existing around us and collating vast amounts of data from our internet usage, our buying habits and general likes and dislikes.

Data collection can allow a business not only to accurately meet client needs and tailor their services, but they can also add value adding services, or even diversify into other industries. As Hannaford points out, supermarkets are already using technology to analyse the demographics of visitors to their stores, influencing the layout and product placement. However, this data has also allowed them to move into other areas that may have previously been unthinkable, such as targeted insurance offerings and other financial services.

The emergence of the cloud, super-speed Wi-Fi and mobile applications has revolutionised the world in which we live, providing businesses previously untold opportunities. And, as the Netflix/Blockbuster example demonstrates, it is those organisations or individuals willing to embrace this new technology who are liable to find the next big business success. 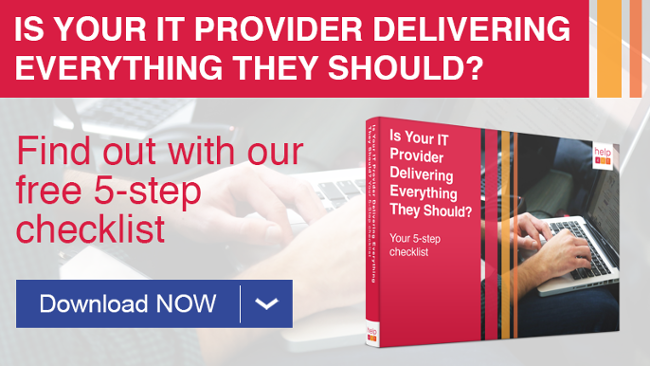